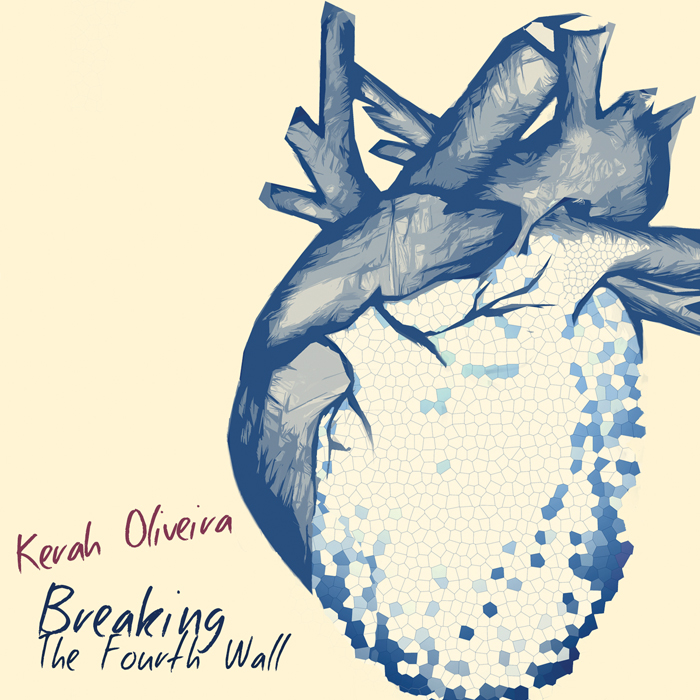 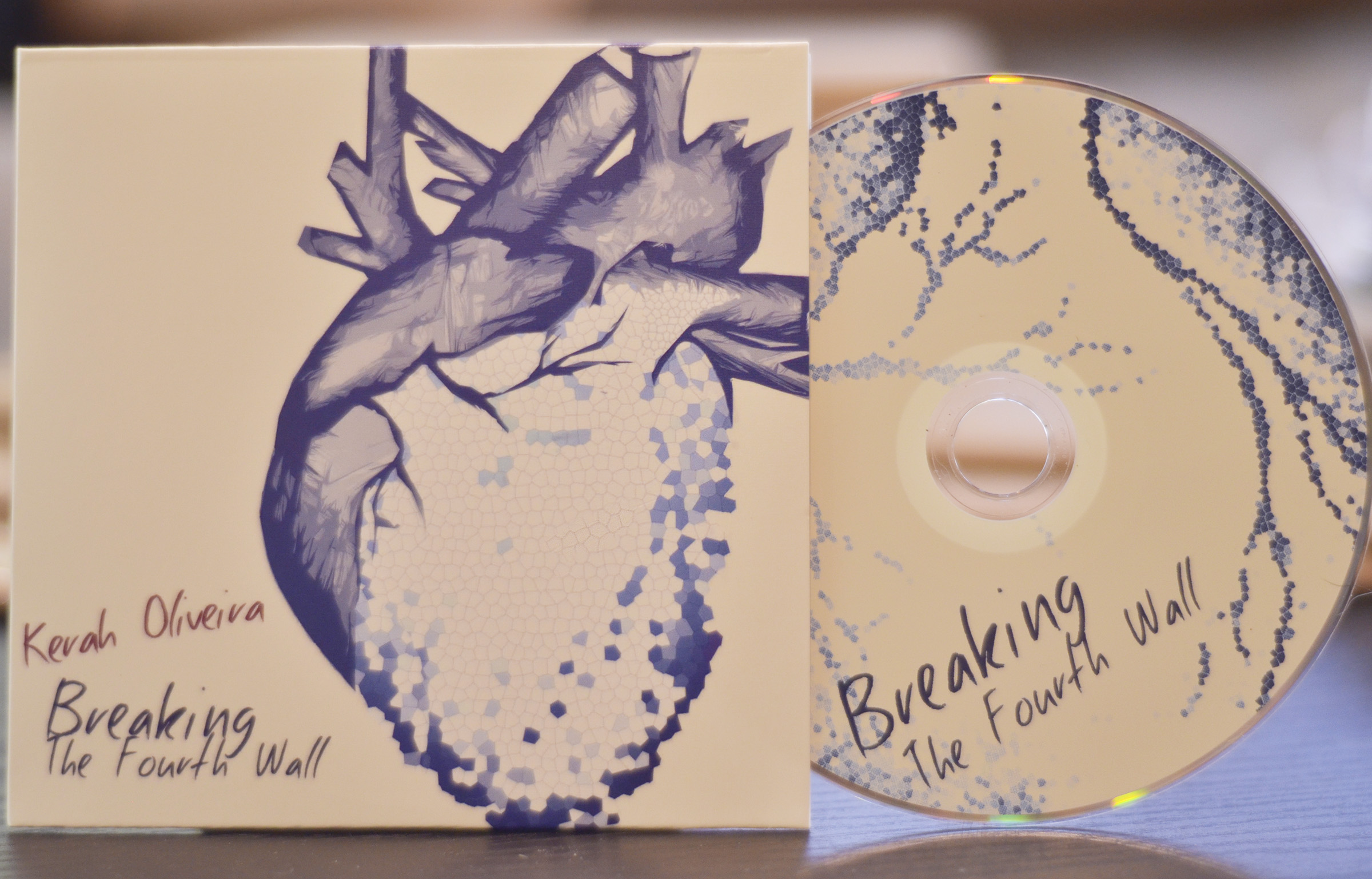 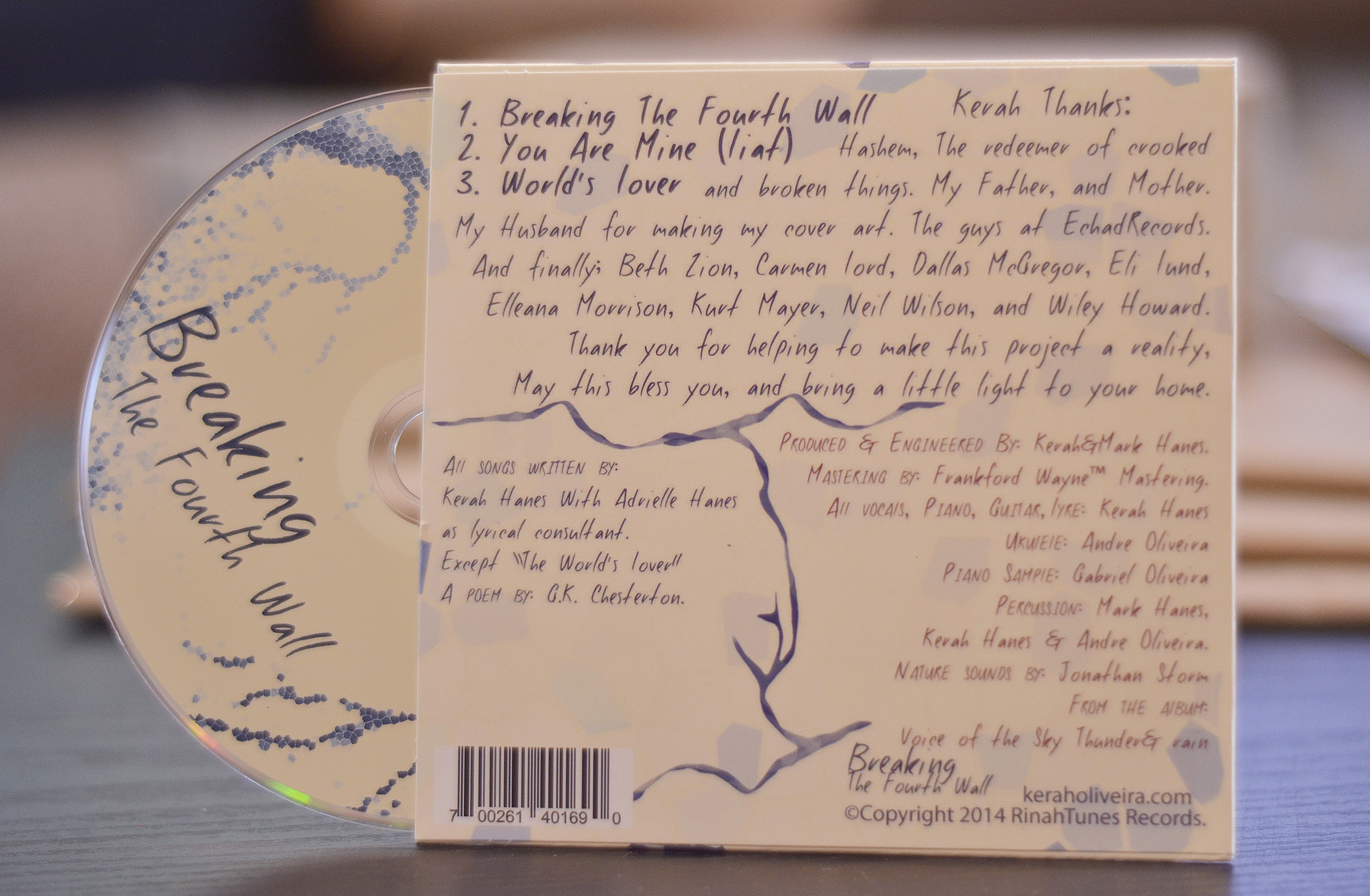 "The fourth wall" is an expression that originated from the world of theater. On Broadway, or even a small Community Theater production, a stage set usually consists of three physical walls, as well as an imaginary (or invisible) “fourth wall” that serves to separate the world of the characters from that of the audience. (Though In video games, breaking the fourth wall occurs when a game becomes aware of its nature as a game, or when a character directly acknowledges the player.)
I chose this term as my project title, to express my belief that God desires an intimate relationship with us. The concept of “breaking the fourth wall” to me, is beautifully symbolic of the process of Salvation. God is the ultimate artist, and our very existence is a work of artistic genius.

The Album Art was created by Andre Oliveira.
The graphic consists of a human heart, part normal and another part broken up into hexagons. The image can represent a wall, being taken apart, rebuilt, worked on, or becoming something completely new. Whatever interpretation you first see when you look at the cover, is a reflection of your own heart, and that’s why I love this design. -Andre